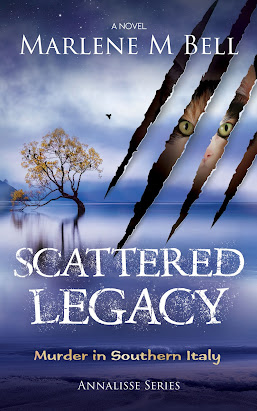 When Alec schedules a getaway trip to show Annalisse his mother’s Italian birthplace, he squeezes in the high-stakes business of divesting his family’s corporation. But things go terribly wrong as murder makes its familiar reappearance in their lives – and this time it’s Alec’s disgraced former CFO who’s the main suspect.

Accompanied by friend and detective Bill Drake, Annalisse and Alec find themselves embroiled in a behind-closed-doors conspiracy that threatens the reputation and legacy of Alec’s late father – linking him to embezzlement, extortion, and the dirty business of the Sicilian Mafia. The key to it all might be a gifted set of rosary beads where Annalisse can use her skills for appraising artifacts to uncover the truth. She leads Alec toward answers that are unthinkable—and events that will change their futures forever.

Scattered Legacy is an action-packed mystery that grabs the reader early and never lets go until the story is fully told!

This third installment of the Annalisse Series by Marlene M. Bell whisks the reader from the posh of Manhattan to the picturesque beaches of Italy. Annalisse is with her beau, Alec Zavos, on a “working vacation” in Italy as Annalisse tries to take in the sights and research a rosary recently given to her by Alec’s mother, who received it before leaving Italy as a young girl. Alec, on the other hand, is trying to put out publicity fires while trying to sell his Italian car company, Signorile.

That may sound like a dream vacation, but when we throw in the other parts of the story, such as Italian police, the Mafia, a stolen religious artifact, and a growing body count, the trip is anything but dreamlike.

I did not read the previous two books in this series. This story does stand on its own, but I think I would have enjoyed it even more if I had at least read the previous book, if not both of them. (Please note that I did not take anything away from my five-star rating for this.)

“Where the senses fail us, reason must step in.”

The narration goes back and forth – separated by chapters – between third person and Annalisse’s point-of-view (first person). I think this methodology worked very well for this story. In addition to knowing exactly what was going on in Annalisse’s mind, we also find out what else is going on that Annalisse is unaware of. There were several times when I wished I could have whispered something into Annalisse’s ear to warn her of this or that. Not being able to do so scooted me a little further toward the edge of my seat.

The ongoing romantic relationship between Annalisse and Alec was a bit uneven to me. This is not necessarily a bad thing. But if you read the entire story, that will make perfect sense. (No spoilers here!)

The author did a fine job with description. This is now Annalisse describes her first experience on an Italian beach: “Heat moves through my feet, sending the sensation to my calves. On the right are brilliant blue umbrellas in retro swirls and dots that border the outer edges near plaster and brick hotels with conical-shaped roofs. Curving palms sway in the breeze, reaching their fronds toward the opaline waves. Truly a spectacular break for an occupied mind. “

I thought the pacing was spot on. I never really considered the pacing to be particularly fast, but it was very steady. Even in the build-up to the climax, there was a steady pace, allowing the reader to take it all in.

One of the things I really liked in this story comes after the climax. Annalisse seems to be talking to the reader, almost like she was writing an “after-action report.” Some of the best reveals are saved for this chapter.

I do not recommend that you jump to the last chapter to see how everything turns out. Take your time. Enjoy the story!

I received a free copy of Scattered Legacy from Lone Star Book Blog Tours in exchange for my honest review. Opinions expressed are my own. 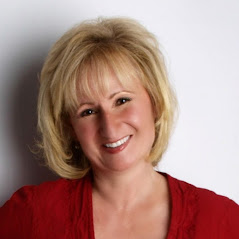 Marlene M. Bell is an award-winning writer and acclaimed artist as well as a photographer. Her sheep landscapes grace the covers of Sheep!, The Shepherd, Ranch & Rural Living and Sheep Industry News, to name a few.
Marlene and her husband, Gregg reside in beautiful East Texas on a wooded ranch with their dreadfully spoiled horned Dorset sheep, a large Maremma guard dog named, Tia, along with Hollywood, Leo, and Squeaks, the cats that believe they rule the household—and do. 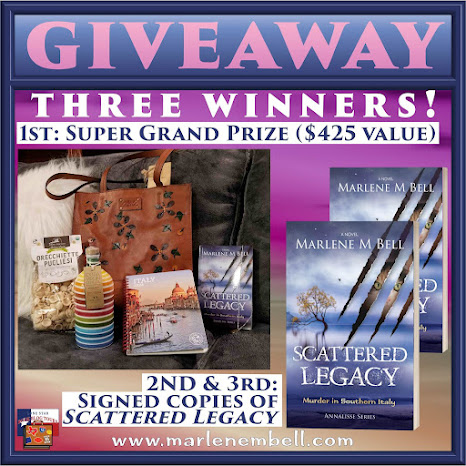 A TARGET ON MY BACK A Prosecutor’s Terrifying Tale of Life on a Hit List by Erleigh Wiley Genre: True Crime Publisher: Read more

One thought on “Scattered Legacy”