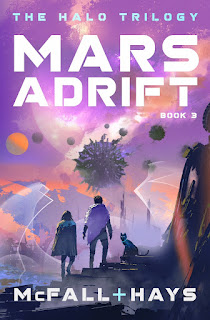 An interplanetary mystery and a searing critique of the contemporary billionaire quest for Mars. The year is (still) 2188 and Crucial Larsen is officially done with Mars. But just as he’s set to head back to his beloved Earth, meteors crash into the orbital platforms, ravage the luxury domes and knock Halo—the powerful AI running Mars and Earth—offline. And this is no random cosmic event. An invading force has the technology to redirect space rocks at will and intends to level the Five Families.

Their first act? Put a bounty on missing Staff Scientist Melinda Hopwire, Crucial’s ex-lover—the only person left alive who can find the back-up servers to introduce the AI empathy hack, the endgame of the beleaguered Resistance. Crucial has to claw his way across the deadly Choke armed with nothing more than a glue gun, expired maple rum and Sanders, a malfunctioning cybanism, to find Mel and her synthetic perma-kitten Wisp. If he fails, it’s the end for both planets.

“A compelling saga, edgy and different…the personal, political, and social issues create a Mars story that is thoroughly absorbing. Other books have attempted to blend the genres of an investigative detective piece with sci-fi, but few achieve such a seamless integration.” – Midwest Book Review

Mars Adrift is a thrilling race across the landscape of interstellar space with a climax that will determine the fate of mankind!

This conclusion to The Halo Trilogy by McFall and Hays leaves nothing on the table! Who would have thought that a few hundred years from now, the future of our species, our planet, and even Mars, could come down to this? These two authors have amazing imaginations, and they write in a way that fully conveys those imaginations to the reader.

I love the style the authors used to tell this final story. They begin a number of years after whatever is going to happen happens, using third person narration. One of the main characters, Lauren Valentine, is teaching a class on history at Stardust University. As the students ask questions of Valentine, who was a key player in the Halo saga, she begins to tell the story of what happens. The next chapter will then cover, presumably, what she is conveying to her students. However, the point of view changes to first person, and that person is Crucial Larson, the main protagonist.

Crucial is an exceptional narrator, given his naturally grumpy disposition; he usually understates any danger and overstates his lack of empathy. I find him to be quite hilarious at times, even in desperate situations.

Before the Five Families can kick Crucial off of Mars, the planet comes under attack from an unknown force. In the process of trying to save those he loves from danger, Crucial and his friends become the final hope to defeat the invaders.

The action is fast. Thankfully, since each chapter skips between the classroom and the historical action on Mars, the reader is afforded an opportunity to catch his breath. And I needed it! I didn’t think the pace could get any faster, and then it did! This book is a marvel of storytelling!

“Humans as individuals are designed by evolution to be reactive and selfish, and yet societies—a reflection of our best tendencies—exist to be proactive and empathetic.”

Some of the character arcs – such as Crucial’s – are out of this world! (Pun intended.) Another such character arc is that of Sanders, the cybanism (think humanish robot) that befriends Crucial. Now, if you thought that cybanisms couldn’t have character arcs, you’d be wrong.

The details the authors put into their world-building are amazing! From new weaponry to fuel-making, everything is very believable.

Good description also adds more flavor to the story. For example, when the invading space ships arrive on Mars, they emit a nasty odor because of the fuel they use. Crucial described them as “killer fart ships.”

Now for the best part. By far, what I enjoyed most about this story is the humor. No, this is not a comedy, but Crucial – being Crucial – just adds a layer of situational humor that I just loved. For instance, in surveying a particular situation he finds himself in, Crucial says, “I miss the peace and quiet of just normal predictable chaos and despair.”

But humor is not confined to Crucial. His sister Essential tells him at one point, “You don’t have a plan to get us off Phobos? This is the worst rescue ever.”

This is my favorite line by Crucial: “Great. I’m in love with my ex, my best friend is a cybanism and I’m talking to a synthetic cat.” I seriously laughed out loud at that one.

I can only think of one more thing to say about this story: READ IT!

I received a free copy of Mars Adrift from Lone Star Book Blog Tours in exchange for my honest review. Opinions expressed are my own. 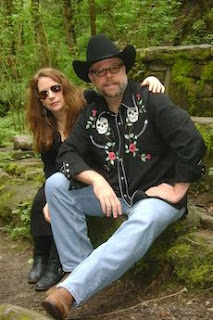 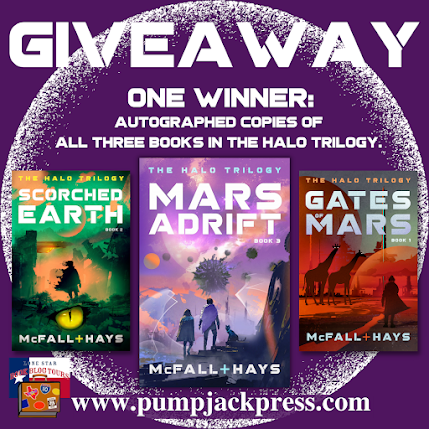 VISIT THE
LONE STAR LITERARY LIFE TOUR PAGE
FOR DIRECT LINKS TO EACH POST ON THIS TOUR, UPDATED DAILY,
or visit the blogs directly:

One thought on “Mars Adrift”